In Grand Theft Auto V you take control of 3 different characters. Each has their own finances and skills for you to build. You are able to change clothing, get haircuts, and even get tattoos. 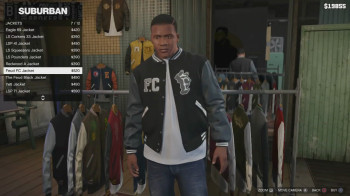 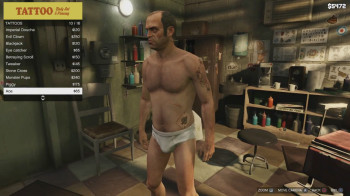 These characters feature as side missions to complete.

There are numerous random events happening around the map. Many of the people involved are not named but here's a bunch of them that are.

Note: The following is pre-release information.


A couple casting calls for Take-Two Interactive and Rockstar Games have been found online. Many different types of characters and even a familiar name has appeared among them. What purpose these character will serve is unknown but it is possible they are pedestrians and/or callers for GTA 5 radio shows. Some of these have been linked to known characters with similar names.

This batch of casting calls from Take-Two features the name of James Pedeaston who is a child molester featured in past Grand Theft Auto games. Aside from him, the others are only first names which could mean they are for radio shows although last names could be added later.

Matthew (18-25 Male United States)
A liberal young male who believes in a conspiracy made by republicans to undermine America.

Jose (30-40 Male United States)
A white creepy man who thinks that technology is a poison against the wilderness.

Anthony (10-15 Male United States)
A young, fast-talking boy fighting for the right of young boys to drink alcohol and have sex.

This next batch of casting calls are for the title RUSH, which was linked to Rockstar Games via some actors. This set has mostly full names which suggests these will be more prominent characters in the GTA 5 story.

Clyde (23)
Moronic, almost inbred and creepy white trash hillbilly. Very naÃ¯ve but in a creepy it's only incest sort of way.

Mrs Bell (45)
Swinger, and mellow Californian divorcee. Ugly but comfortable with self.

Eddie (47)
Weed evangelist, guy who started smoking at 30, and is now a leading proponent of marijuana's fantastic properties. White, awkward.

Ira Bernstein (56)
Publicist for an actress known as America's newest sweetheart who just so happens to love animals, orphans, drugs and sex. He's always trying to hide her latest indiscretion.

Harut Vartanyan (42-52 years old)
Armenian car dealer, moneylender, would be Fagin and would be bully. Heavily connected to the underworld, but irritates people so much no one likes him.

Nervous Jerry (48)
Paranoiac living in the sticks, near Simon, completely paranoid, and terrified of Simon.

Calvin North (55)
Clapped out FBI agent who now mostly works offering advice on TV shows whose only claim to fame turns out to be entirely false but a decent guy in other ways. Badly dressed. Divorced. Putting on weight.

Rich Roberts (35)
English hardman actor, who acts tough but who wants to do serious work - the only problem is he can't quite read the words.

Alex (52)
white loosie goosie hippy rich guy who has lost his money and is getting desperate but trying not to.

Scarlet (45-52 years old)
Unshaven female spiritualist and hippy with a love of exploring the wilderness. Very into journeys.

Chad (29)
Pretty boy misogynist Beverly Hills party boy. Made money, but not as cool as he thinks he is.

An additional casting call features two of the previous names with the very familiar last name of McReary:

JEFFREY (38-45 Male United States)
Irish ethnicity. Tall and athletic build. Lost his money by gambling and recently started working for his stepbrother. He is a bit lunatic.

MARCO (25-28 Male United States) iGTA5
Young Mexican FBI agent. Has a strong sense of humor and likes to hang with friends.
All content created by and property of iGTA5.com and must not be reproduced without express written permission. © 2011-2022 iGTA5.com