Quick note: As this is being typed, more and more pictures keep coming in. We'll try to keep this updated.

Where do we begin? How about the first artwork to be leaked out... About a week ago on October 27th a photo of a supposed GTA V retail item was posted online and spread like wildfire. The image showed multiple artworks on a single piece of paper including the first official artwork and a thug with a baseball bat holding back a mean-looking rottweiler. We here at iGTA5.com were skeptical as usual for various reasons but even if it was fan art it would have been awesome fan art. The PC logo was noticeably absent. The other major thing about these images was the "Spring 2013" release date - something we had begun to expect at that point: Not too long after that on October 30th, more photos of supposed GTA V promotional items with new artworks were leaked out. They showed a female cop arresting another female, a man with a big gun on an ATV, and the first official artwork again: 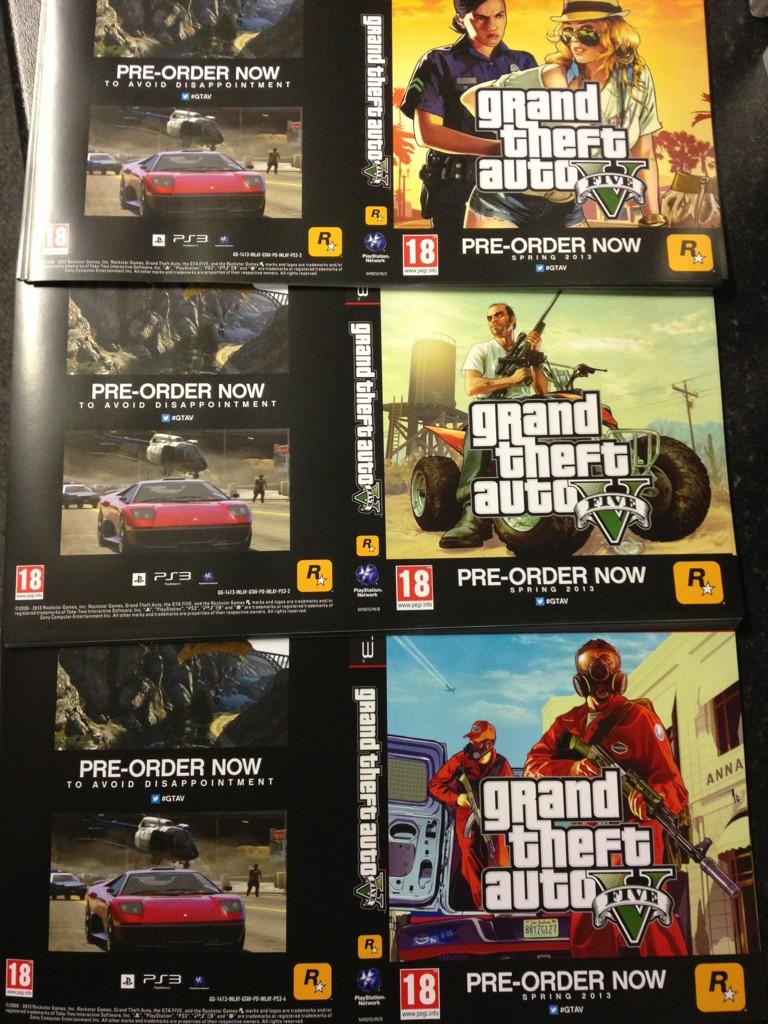 Later on the 30th Rockstar Games finally confirmed that Grand Theft Auto V would release in Spring 2013 and confirmed that they were focused on the console versions of the game - leaving many PC fans wondering what would become of a PC version.

Since then more and more photos of promotional items have been making their way online. The first customers to pre-order GTA V on November 5th can expect to get their hands on picture viewers featuring exclusive screenshots: The previous artworks have also been shown as temporary box arts on disc cases: Now, the real icing on the cake is this letter that seems to be coming with all of these promotional items: UPDATE: Rockstar Games has confirmed on the newswire that Hurricane Sandy has caused a power outage at their NYC office. This has delayed trailer #2:

The pictures continue to be posted in the Grand Theft Auto 5 forums! Join the discussions! Big thanks to our forum members for finding pics and even taking their own!
All content created by and property of iGTA5.com and must not be reproduced without express written permission. © 2011-2023 iGTA5.com