Title Update 1.08 is on it's way tomorrow for the Xbox 360 and PS3, and with it comes the latest FREE addition to the online experience. Capture will introduce 20 new Team-Based Jobs that span across 4 different types of modes. Strategy will play a huge role as you use decoys, traps, and obstacles to keep the enemies from your goods. Here's the new modes:

In Raid, you'll have to fight your way into your opponents' base and steal a package, then deliver it back to your base to score points. Reach the target score, or deliver more packages than your opponents do in the allotted time to win the match.

"Beachin"
Legal highs and bad t-shirts aren't the only things being pushed on Vespucci Beach. Four factions raid each other's stashes for control of the area's 'tourist trade'. Take product back to your spot and it's yours.

"Wargames"
Like any military operation, when things kick off at Fort Zancudo Air Base, they escalate pretty quickly. Teams stockpiling weapons to sell on the black market raid each other's bases at either end of the facility. If they get the goods back, they're banked. Nothing's off limits to be used here, including the fighter jets. 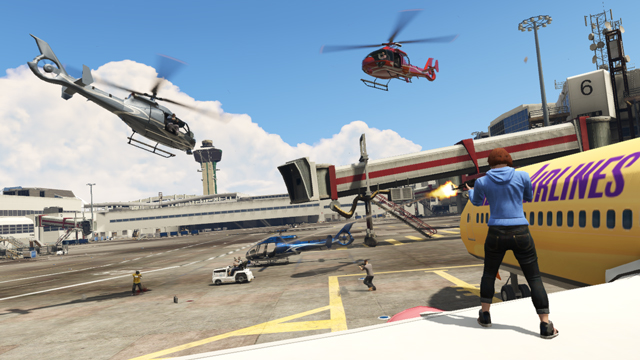 Fight for exclusive import rights at LS Int'l in one of the new Capture mode Jobs in GTA Online.

When playing Hold, teams must collect and store as many packages as possible in their base. Packages can either be found on the map, or stolen from the opposing teamâ€™s bases. Reach the target score, or hold the most packages when the time runs out, to win.

"Block Party"
Gang violence escalates in Chamberlain Hills, as block fights block at close quarters. Four factions with two packages each try to raid each other and protect their own stuff. If they get someone else's product back to their turf, they'll have to protect it. 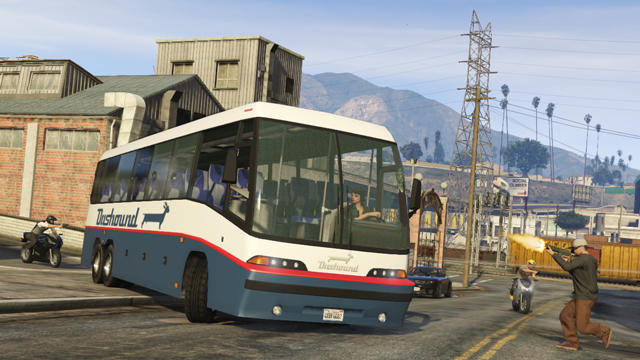 Compete to get buses back to your base in 'All Abhorred'.

As the ubiquitous acronym might suggest, GTA mode tasks players with stealing target vehicles located all around the map, before bringing them back to their respective bases. Each team must fight to steal more vehicles in the allotted time than their opponents.

"My Maibatsu"
Four East Los car thief outfits compete to get hold of a shipment of Sanchez dirt bikes, and store them back at their bases, while preventing the other teams from doing the same. First place to look would be the Maibatsu Factory.

"Field of Screams"
A tractor shortage in Grapeseed leads to farmyard chaos. It's harvest time, and two rival gangs compete to bring a Fieldmaster tractor back to their bases. Farming is a deadly serious business in Blaine County.

"Salty Snatch"
Dog walkers and surfing talent agents look out - two import operations at either end of Chumash Beach are fighting over a shipment that's landed on the pier. Any product they can get to their spot in the sand is theirs to keep. 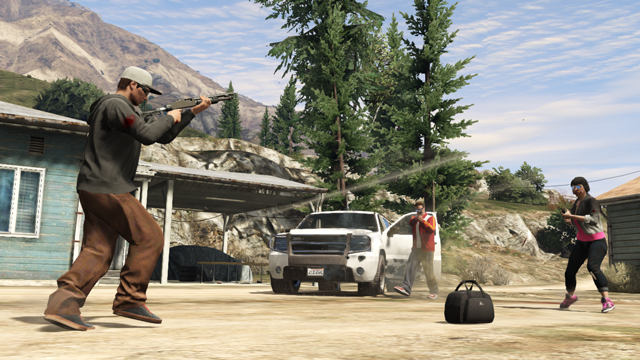 The contested package at the heart of a firefight.

As with every Title Update, there's a handful of tweaks to the online experience. Here's the list:


Join us in the GTA Forums to discuss the latest addition to GTAO!
All content created by and property of iGTA5.com and must not be reproduced without express written permission. © 2011-2023 iGTA5.com