This Saturday Spike TV will be airing their VGX awards and in attendance will be music artists performing some of their songs from Grand Theft Auto V's soundtrack. They include A$AP Rocky, The Chain Gang of 1974, Jay Rock and Tyler the Creator, along with special guests. Also performing selections from the game's official score will be composers Woody Jackson, The Alchemist and Oh No. 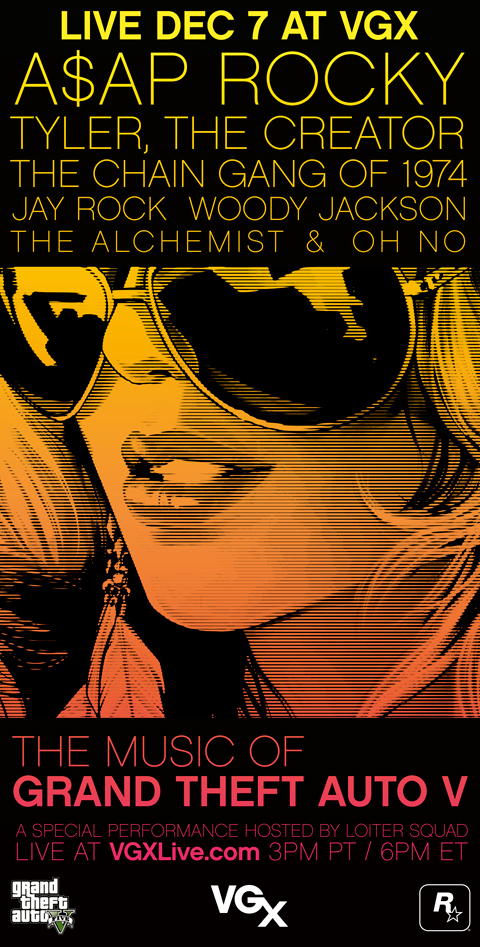 In addition to showing off the music selection, Grand Theft Auto V and Rockstar North are nominated for a few awards:

There's still time to vote in each category to sway the awards council's opinion. So go vote! VGX will be streamed globally beginning at 6:00 PM Eastern Time US on VGXLive.com and other streaming platforms. For a full list of places to watch, visit the official site. Join the chat in the forums!
All content created by and property of iGTA5.com and must not be reproduced without express written permission. © 2011-2022 iGTA5.com