The folks over at GTAV.net have pointed out a very interesting discovery with regards to the main character in GTA 5. On the first GTA 5 Trailer we heard a man talking and we're still speculating on who this could be, however a member called Dourvas on GTAForums spotted some pretty convincing similarities between the old guy in the trailer and an actor named Ned Luke. 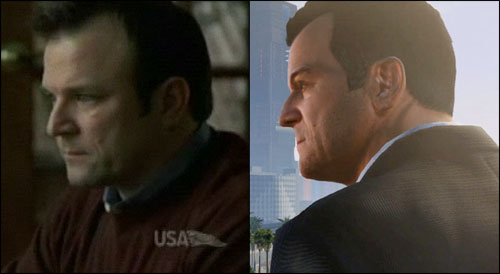 As you can see from the above image, both Ned and the trailer character look very similar. As we've seen in previous GTA games, the in-game characters are very often based on how the actual voice artist looks.

Bear that in mind, plus the fact that he sounds fairly similar too, and we may be looking at the main protagonist in GTA 5 - voiced by Ned Luke.

This news may actually have been revealed on November 5th by Jimmy Taenaka on Twitter who posted the following:

However it would appear either everyone missed it, or no one took it too seriously until now!

We asked Jimmy T on Twitter if this was official and this was his reply:

To add further confirmation (?), it appears Ned's cousin is on Twitter and tweeted about hearing his voice and seeing him in the trailer on November 2nd, when the trailer officially launched. It appears she's not a big fan of him though... 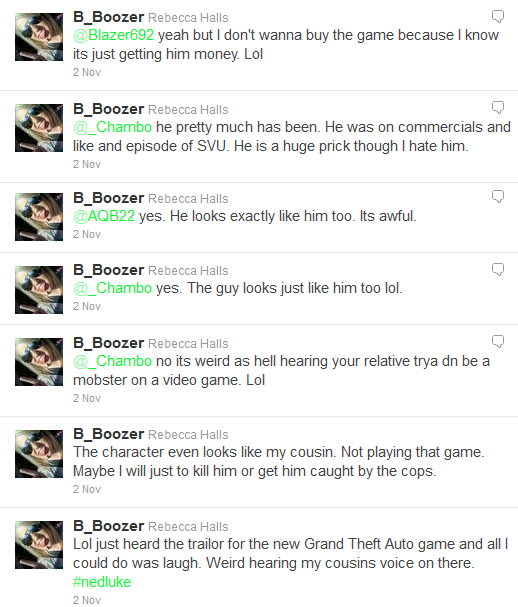 And the final piece of confirmation may be Ned Luke's very own Twitter account. Although the account isn't verified, and it doesn't appear to be used much, he's still following Rockstar Games and posted a "GrandTheftAutoMemories" tweet on November 5th.

What do you think? As good as confirmed?
All content created by and property of iGTA5.com and must not be reproduced without express written permission. © 2011-2021 iGTA5.com