Rockstar Games have released two BRAND NEW OFFICIAL GTA 5 SCREENSHOTS on their newswire today. Check them out below! 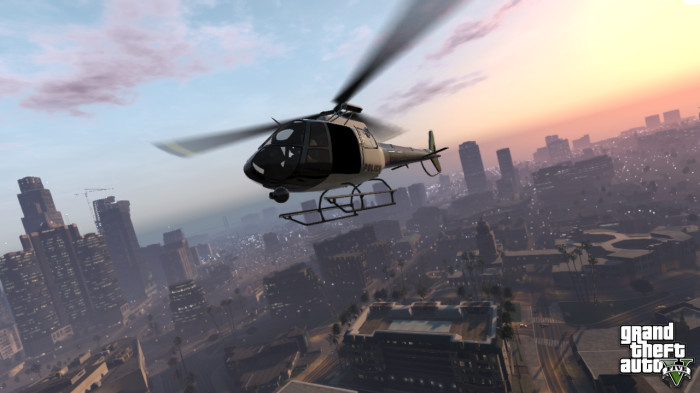 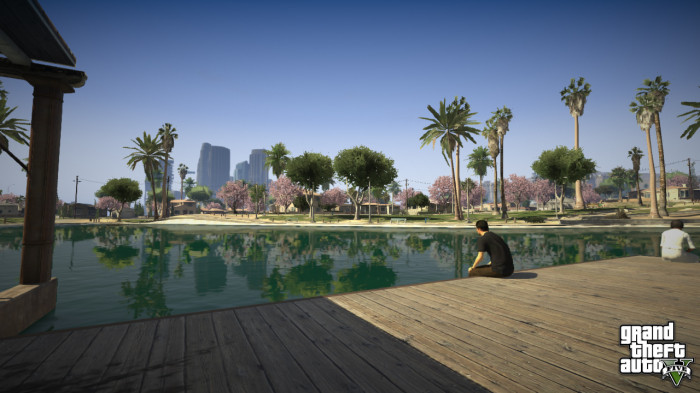 The screenshots were included in Rockstar's response to the following question:


â€œWhy donâ€™t you give us more news?â€ â€“ received via Mouthoff

As we have said before, we have often had long gaps between asset releases on previous games and will continue to do so in the future. We are sorry if you find this frustrating, but please understand, we donâ€™t do this because we â€˜donâ€™t care about our fans' 'donâ€™t respect our fansâ€™ 'hate GTA fans etc' â€“ precisely the opposite! We do it because we want to make sure we only release 100% correct information, and because we want to keep plenty back for the actual game release so there are still lots of surprises when you play it. The only things we care about are that you enjoy the experience of actually playing the game and that we release accurate information. We just have not been in a position to show more of the game than the trailer and will not be for a while yet. We did, however, manage to sneak a quick screenshot out for youâ€¦ itâ€™s not much, but we thought it was pretty fun.

Then of course our art team said that no single shot could encapsulate the game properly, so they gave us another...

We will try and get some more screens for you soon and then another trailer when we are ready.

There were also a few other GTA V related ones:

We are very busy working on the game! Everything is going well, but the game is a huge project. We should have more information and some new assets for you soon.


â€ [obviously fake video link] The above link is a video I have found of apparent lighting test of GTA V. Can you disclose weather this is real or fake. Thank you in advance â€ - received via Mouthoff

Now that weâ€™ve announced GTAV, all the way up until game launch (and probably beyond) there is going to be no shortage of non-stop hoaxes, faked footage and screens, rampant rumors and speculation. As a rule, we are not going to get into the game of confirming or denying each of these as they happen as there is simply too much of it. Half of them we donâ€™t even understand - for example, we have no idea what â€˜the build modelâ€™ is, so have no idea if it is complete or not! Instead, weâ€™ll leave it to fans like yourselves to decide whatâ€™s legit and whatâ€™s phony. Please assume if you donâ€™t hear it here, it is probably mostly fakes and almost definitely not the complete truth.
One thing weâ€™ll say definitively though is - there is absolutely no â€˜betaâ€™ test for the game. If you see ads or solicitations to join a beta program, beware as this could be a dodgy online phishing scam.


â€Hey guys hope everything is good over there in Rockstar. Just a question referring to GTA 4, the game was brilliant and I really enjoyed and still do, but what disappointed me was the lack of planes and jets... Can you tell me why you didn't include them, I'm sure you have a very valid reason?â€ - via Mouthoff

The city was simply too small for effective and enjoyable flying. It was the first time we made a high definition open world, and it was a massive amount of work to make something on that scale - we simply could not make an environment big enough for planes to work properly. Fear not, they are returning in what is our biggest open world game to date.

Amazing! Join the GTA 5 forum discussion about these screenshots here.
All content created by and property of iGTA5.com and must not be reproduced without express written permission. © 2011-2023 iGTA5.com