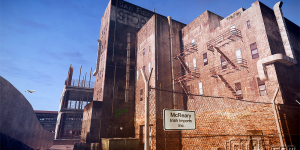 Michael Pachter, an analyst for Wedbush Securities, has been spitting out some interesting things again. This time he is reported to have said that Grand Theft Auto V will sell at least 18 million units and possibly up to 24 million - knocking Grand Theft Auto IV off the top spot. No exact timeline for these numbers but GTA IV has sold over 20 million units after 3 years. Pachter went on to say that Take-Two has probably already dumped $80 million into the unannounced game - a figure that revolves around the assumption that GTA V is well into development.

In addition to GTA V, Pachter believes Max Payne 3 will cost about $80 million and sell approximately 3 million copies. Not at the level of the GTA series but a good sell for Rockstar Games who are gearing up to market the nearly forgotten title.

What do you think? Is Pachter blowing more smoke or will he actually be right? Let us know in the comments below and sign up to add your ideas in the GTA 5 forums!
All content created by and property of iGTA5.com and must not be reproduced without express written permission. © 2011-2023 iGTA5.com