October has been a quiet month for GTA V news but cheer up a little with this bit of sunshine...

PlayStation: The Official Magazine has printed an interesting thing. One of their features, "10 Smart Devs," looks at PlayStation's ten smartest developers who are shaping the next wave of PS3 greatness. Among them (seemingly unordered) at number 4 is Rockstar's Dan Houser. Where is he currently according to the magazine? Rockstar North. What's he working on according to the magazine? Grand Theft Auto V. It also mentions his career highlight as Red Dead Redemption but we don't expect that to stay with each new game Rockstar makes. Take a look: 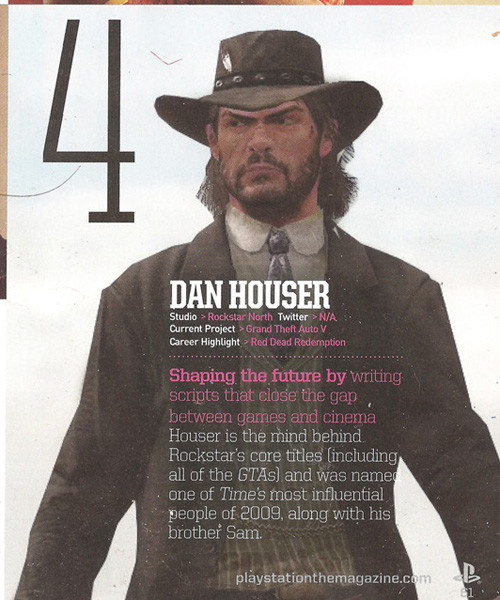 Shaping the future by writing scripts that close the gap between games and cinema, Houser is the mind behind Rockstar's core titles (including all of the GTAs) and was named one of Time's most influential people of 2009, along with his brother Sam.


Other top developers listed in the first 5 of the full feature are also said to be working on new or upcoming titles: 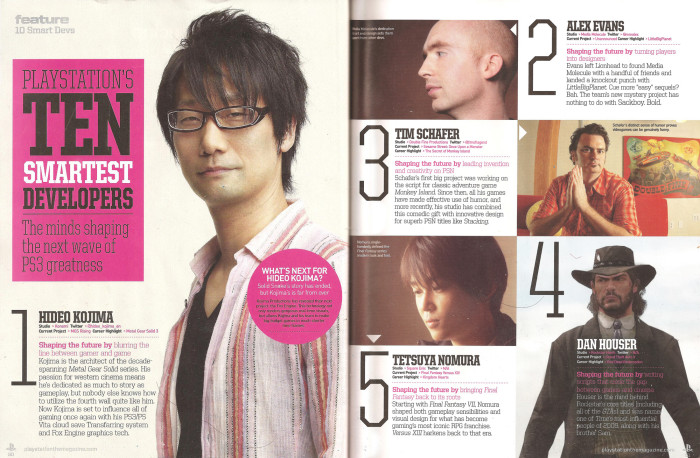 So what do you think? Is this even more proof of Grand Theft Auto V's existence or is the magazine following suite with rumors? How they know he is at Rockstar North can be questioned too (he and other top people move around frequently). Let us know in the comments below and join the fun in the GTA V forums!

Thanks to Gagester72 for the tip-off and scans!
All content created by and property of iGTA5.com and must not be reproduced without express written permission. © 2011-2023 iGTA5.com