As promised late yesterday, the San Andreas Flight School Update for GTA Online is now available via automatic update 1.16 for both PS3 and Xbox 360. So get yourself down to The San Andreas Flight School right now. Grab the stick of the fast and nimble Western Besra training jet and push it to the edge of the envelope. Master absolute air superiority in 10 new solo missions that will make you comfortable in any pilot's danger zone, including combat maneuvering, low-flying challenges, formation flying, and more! 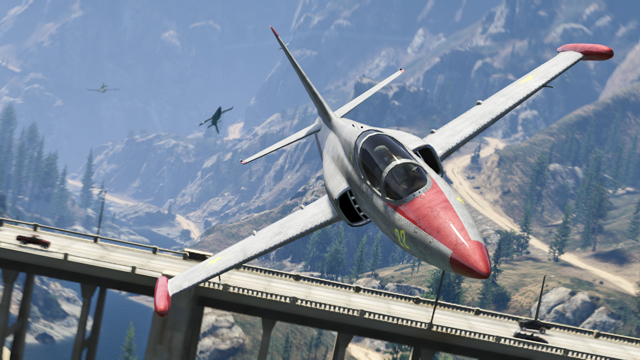 Once it's "mission accomplished" and you're out of your heroic new Flight Suit, spend your shore leave buzzing the skies in the luxury Swift helicopter, or cram your entire squad into the new 16-seater Buckingham Mil-Jet for team transport in style. Hit the silk with a collection of new Chutes and Parachute Bags, and if things get a little out of control, rely on the Reserve Parachute to give you a second chance at that soft landing - or use it to get creative with your precision dives. Later, hit the streets in the shapely Invetero Coquette Classic, available in either hard-top or topless roadster variants for whatever your sea-level speed fix. 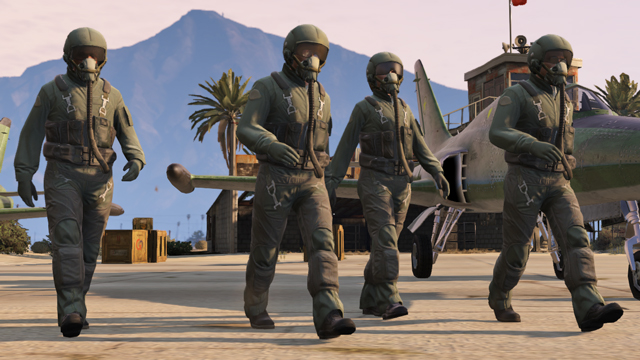 And round up your wingmen for new Races, Captures, Parachute Jumps and more, including the three all-new VS Mission modes. Acquire Targets is a kill-the-carrier style mode where opponents fight in P996 Lazers to control one flag; maintain control for as long as you can to rack up points. In G-Rating, compete against other cadets as you fly to pick up 15 flags in both weapons hot and cold environments. Or try out Air Force Zero, where the defending team must protect an aircraft against an attacking team as it flies to the safe LZ. 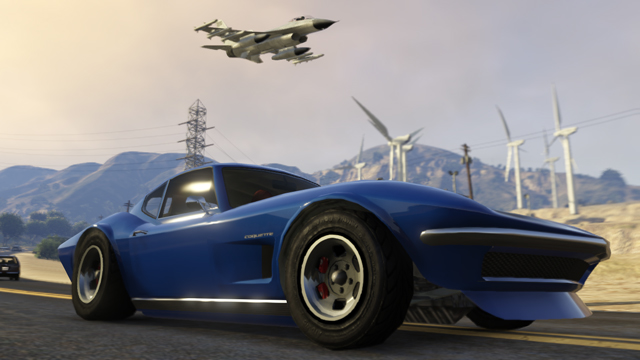 In addition to everything listed above, today's update also includes a number of other adjustments and fixes for GTA Online. Most notably, all Contact Mission GTA$ and RP awards have been rebalanced so that more difficult missions will earn you greater rewards, GTA$ payouts on replays are no longer reduced and all rewards are now time scaled. For a look at all the changes in this update, please check out the full listing at Rockstar Support here.

Stay tuned for more details on continuing updates to GTA Online and look out for specifics later this week on the upcoming Event Weekend to commemorate the launch of the San Andreas Flight School Update. See you on the tarmac and get into the danger zone in the forums!
All content created by and property of iGTA5.com and must not be reproduced without express written permission. © 2011-2023 iGTA5.com